The Redstone Engine is the most basic and cheapest type of BuildCraft engine. To run, all that Redstone Engines require is a direct Redstone signal (e.g. from levers), but they also provide the least amount of power (1MJ/s or 0.05MJ/t). They will not accept a signal from Redstone Dust running past unless it directly connects to the engine.

Redstone Engines are most commonly used for powering wooden pipes to transport items, and BuildCraft pumps. Most machinery requires more energy than a single Redstone Engine can supply to be effective or will simply refuse to work with a redstone engine.

Railcraft and Thermal Expansion machines will accept power from a Redstone Engine.

Unlike the Stirling and the Combustion Engine, a Redstone Engine will not explode when left running and being redstone-powered without anything to output to. A Redstone Engine will, however, explode if it is fed too much power through another engine or conductive piping.

Also unlike the Stirling and the Combustion Engine, daisy chaining Redstone Engines (powering one engine with another engine) is not possible.

At red stage, the Redstone Engine is unable to keep up with its cycle rate and will quickly revert to yellow, thus starting to fluctuate between yellow and red stage, causing a "blinking" effect. This state is harmless and does not mean the engine is about to explode.

This engine can only be rotated if its facing a machine that accepts buildcraft energy, otherwise it will be placed facing up and will refuse to run, even if powered.

The numbers show how quickly the piston moves per tick. "Ticks to extract" refers to minimum ticks required for the engine to output energy. Meaning, a Redstone Engine in its blue stage will take 102 ticks to do one stroke and generate 1 MJ, whereas in its yellow stage it will take just 26 ticks to bring the same amount of power.

The amount of energy stored determines the colour of the piston. Blue indicates <25% of maximum storage capacity. Green indicates <50% of max. capacity. Yellow indicates <75% and red indicates <100%. The number below shows the corresponding Piston Speed. A Redstone Engine will accept a maximum of 50MJ at once.

Red heat
Add a photo to this gallery 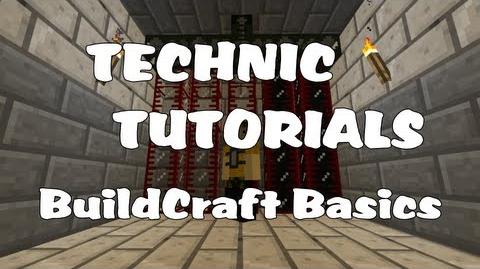 Retrieved from "https://feed-the-beast.fandom.com/wiki/Redstone_Engine?oldid=129111"
Community content is available under CC-BY-SA unless otherwise noted.